(Work in progress 😅) Goalswin - Set your goals and track your habits 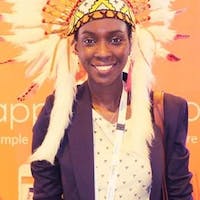 Subscribe to my newsletter and never miss my upcoming articles

I thought I would finish my app on time, I was wrong 😅.

In fact, 3 weeks ago, I stumbled across the hackathon announcement and decided to give it a go.

I collected some design ideas, shared my mocks on Twitter, and optimistically started developing...

Despite not finishing the app, I would like to share with you some learnings while you can find the code here.

But what to build?

After prolonged reflection, I settled on a goals tracker app. I know... there is a lot of them, so why another one?

I would say for 4 reasons :

I love designing UIs. I am not that skilled, but I love it.

As a result, I spent ~20h on Adobe XD making the app mocks 🤦🏾‍♀️. I collected inspirations on Dribble, picked a color (red for energy), a font - "Karla", etc...

You can find some of the results below. Let me know what you think ;) 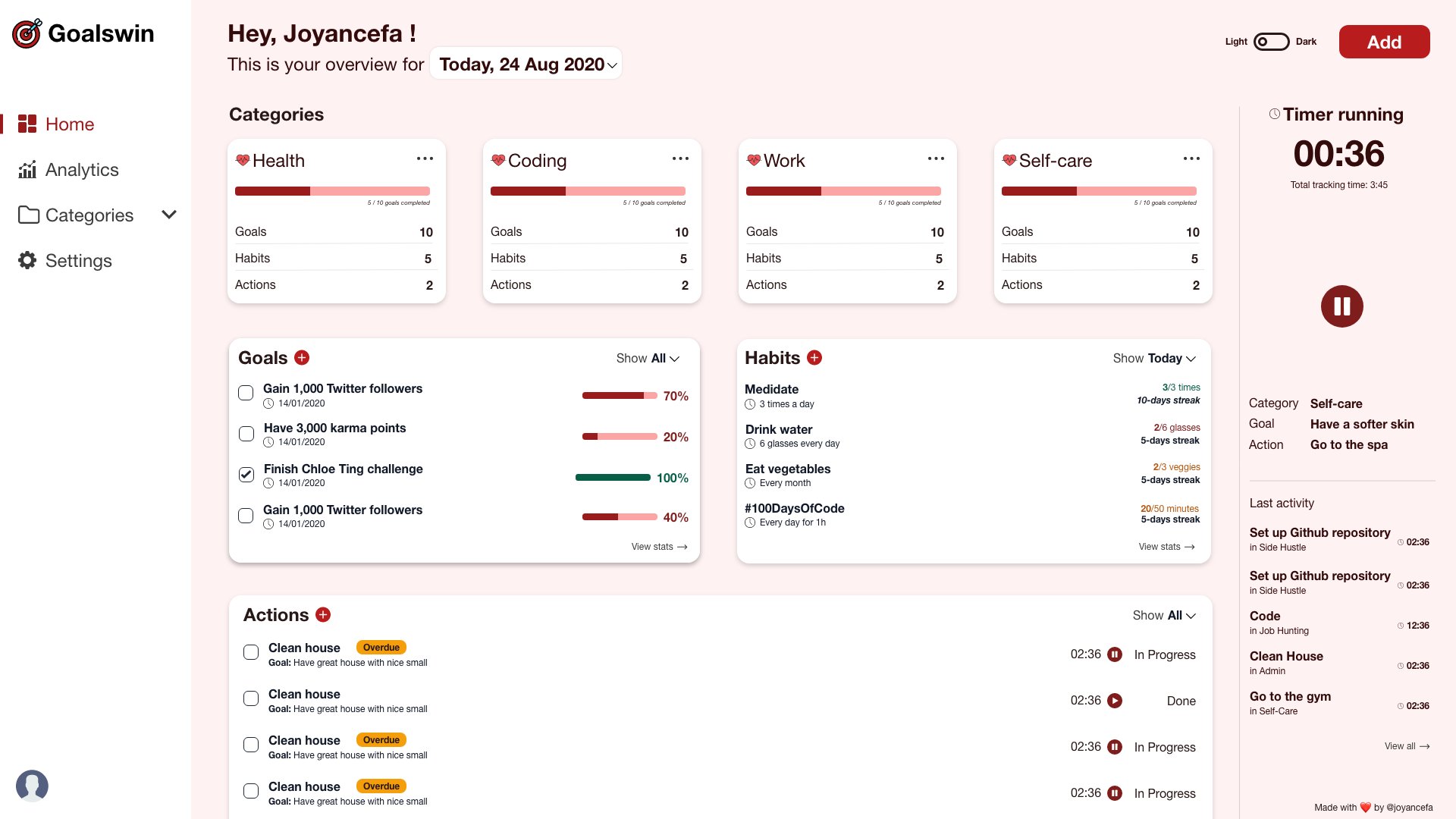 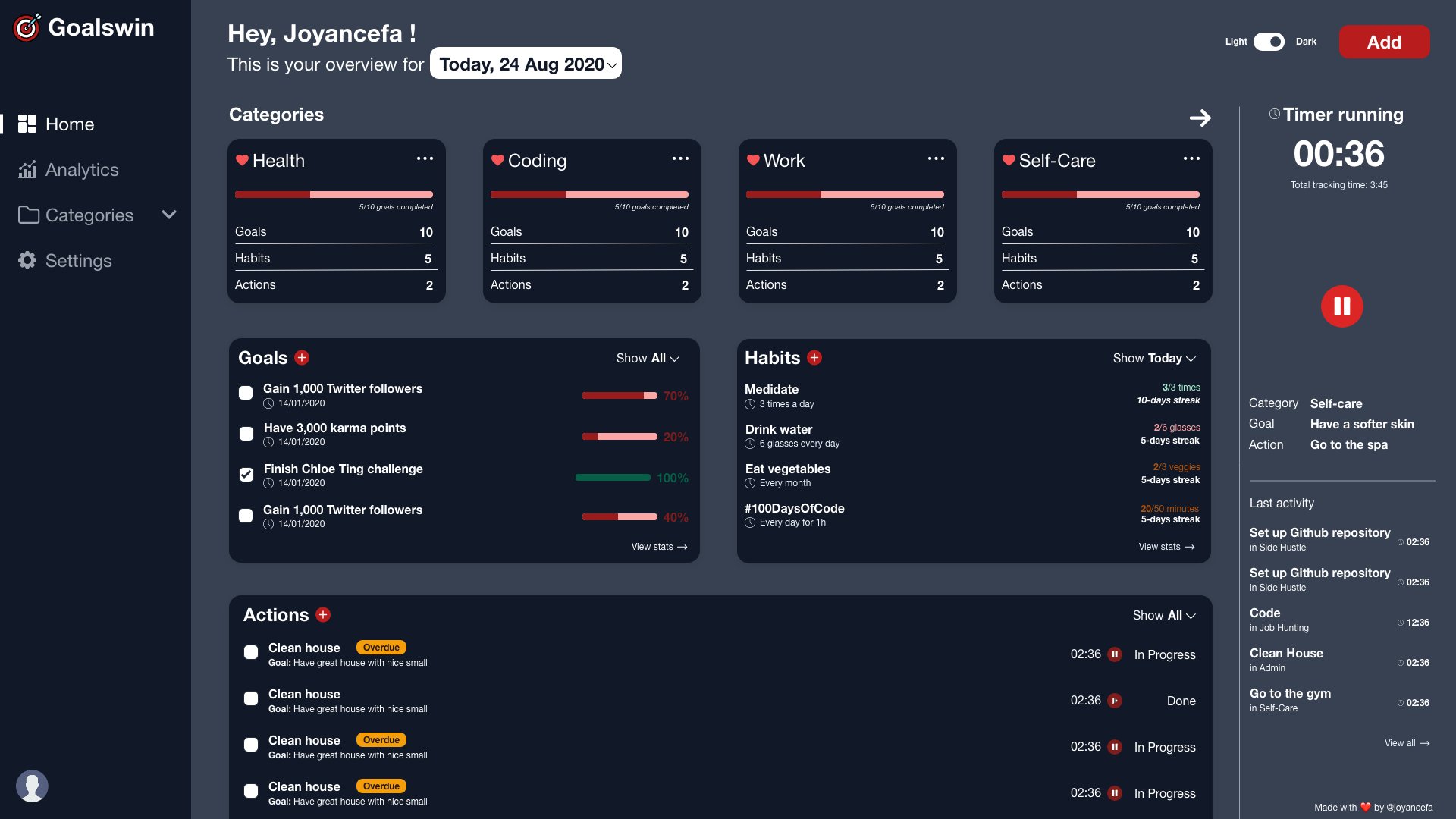 Along with UI design, I love learning new things. So for the challenge, I decided to go for the following tech stack:

I wouldn't want to use a slow web app. So, perf was a priority for me. Because of that, and early optimizations, I stumbled upon a series of issues :

My code would work locally but not in production. I tried many things but couldn't find the culprit.

I was using Preact in production (because it can trim >20kb of JS) and React in dev mode. What I didn't know was that Preact doesn't work well with some Chakra UI components or NextAuth.

Media queries don't work on the server. As a result, I was shipping some useless code for mobiles.

I hesitated a lot between Firebase, Prisma, and Faunadb and listed the following pros and cons :

Pros: I already used it, it handles authorization well + It is free + I don't need a BE

Cons: The billing is not clear + I will learn nothing new 🙈

Pros: It looks really efficient + It handles authorization well + It has a free tier + I learn something new

Cons: The billing is not clear too + I couldn't use multi authentication in the free tier

Pros: It integrates well with Next.js + very friendly documentation + I can use it with NextAuth + I learn something new

Cons: I need to set up my own DB + I need to handle the authorization

I ended up choosing Prisma and I set up a Postgres instance with AWS :).

Resolution This is still in progress. But, by using a combination of console coverage + Lighthouse, I was able to identify some culprits.

I want to have end-to-end encryption for the user but all the solutions I could find ( Virgil Security, Seald) were expensive.

At this point, I hesitate between using IndexDB (and store the data on the user desktop/phone) or use encryption on Node.js.

5. NextAuth not working in production Vercel (still looking for a fix😥)

I am super excited about this app and I will be actively building it. If you are interested or have any idea, ping me on Twitter 💪🏾❤️

Thanks #Hashnode + #Vercel for organizing this great competition. 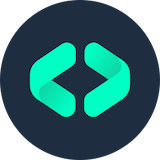 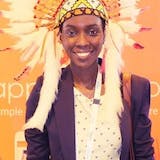 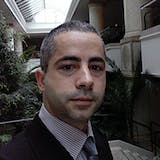 Although it's not a finished project, I really enjoyed reading your article. Please, ping me on Twitter when you finish it, I'd love to check it out. 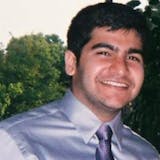 This is a really cool idea! I really like your mock ups! Very impressive!

Oh thanks a lot 🥰. That is very nice to say. You can track my progress on the Github!